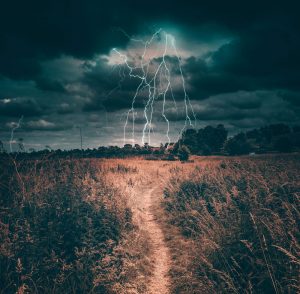 We all have seen and experienced the South African political „leaders“ in action in the past, performances ranging from utter ignorance to public clown fests.

But now South Africa is tested, on the world stage with all other countries taking part in a unique contest nobody wanted. The coronavirus, whether he escaped from a market or a laboratory in Wuhan, China, is putting both to the test, subjects and leaders. While the subjects, being most people of the rainbow nation as well as tolerated guests and immigrants from abroad, pretty quickly absorbed whole scores of notices and regulations and succumbed to a unique form of curfew, dubbed „lockdown“, the initial response of the political elite of the country was as admirable as swift and might have saved ten thousands of lives.

But what started as a well calculated necessity to curb infection and subsequently unwarranted deaths now turned into a nightmare. A nightmare, which was not necessary, as now the leadership thinks they have acquired a god-like status with the newly found ability to force their ideology, tastes and ill-concocted values down the throat of every resident in the country, and all under the big, universal justification-umbrella „COVID-19“!
The figures look good … on the surface … but we have long learned to distrust the ANC Junta as most of what comes from their desks has to be taken with more than just one pinch of salt. Playing Devil’s Advocate one might have to ask how these figures can be accurate in light of only 100 000 of 55 million residents been tested….? With increasing test volumes we might see more infections and then fall back in line with the developments in other countries!

While testing goes on, the Ministers as well as the Members of the newly incorporated National Coronavirus Command Council (NCCC) feel free reign of issuing rules and regulations, amend them as they please and get all of them rubber-stamped by a helpless, yet sympathetic President.

Runner-up of the last presidential elections, Dr. Nkosazana Dlamini-Zuma, appeased by being thrown into the Department of Cooperative Governance and Traditional Affairs, is now in the driver seat of the NCCC, able to catch up with all the missed opportunities she would have had as the country‘s president, to enforce her rules and regulations under the Corona-Cover.

Minister Bheki Cele aka „ The Man with the Hat“ has shrugged off his controversial past (bribes from Lazarus, unlawful property leases…) as no other politician ever had the opportunity to do. He is now the first port of call and commander over the „troops“ enforcing the lockdown. And while we understand that domestic violence is not right, but publicly asking his police forces to be „unkind“ to the alleged perpetrator makes him judge and executioner, God-like, unconstitutional!

While nobody gives or ever gave this Gupta Sycophant credibility in any of the numerous positions she held during her years of ill-perceived meddling on the various political floors, as a member of the power-core of South African Politics, the NEC, she is now one of the self-proclaimed Gods within the panel of the NCCC.

Minister of the Department of Trade and Industry, Dr. Ebrahim Patel, has now the chance to reverse all good aspects that came from the Rob Davies Era. In closing down essential functions of the Registrar of Companies without any benefit whatsoever, he demonstrates his new God-like power of maiming an ailing economy and to put the final nail into the coffers of an anticipated two-digit GDP loss.

Last but not least the man, who is now – besides Salim Abdool Karim – the most listened-to politician in South Africa, Dr. Zweli Mkhize, so far only known for endless scandals around nepotism, corruption and tender fraud on highest levels, this Demon has also been upgraded to a God, unchallenged and self-appointed.

While there are quite a few demigods around as well, let’s have a reality check and put some of the imposed rules and restrictions during national lockdown to the test of their benefits, economic consequences and impact on the members of all society. In no specific order:

While it is understandable to enforce social distancing by keeping bars closed, it is not understandable while – limited – sales of alcoholic beverages for home consumption should not be allowed. But you are not dealing with reason here, but with God Cele, who has now the unique chance to impose his personal ancient and hypocritic value system on all South Africans. His hidden agenda – actually not as hidden as one thinks – even reaches beyond the lockdown where he wants to limit alcohol trade and consumption for all future.

Not that the lockdown alone is driving our anyway ailing economy into oblivion with forecasts of GDP shrinking by 10% and 2 million job losses, no…the COVID Gods, who never actually understood the concept that money has to be earned before it can be spent, enforce a ban on alcohol, which costs the government R 100 million a day in revenue, funding that is desperately needed everywhere, and on top create a new group of people, who learn from the internet how to make alcohol at home and consume the result, which is in many cases extremely dangerous for one’s health.

More and more cases of “cabin fever” and domestic violence are reported as the South African people are deprived of following almost any habit, one of them to smoke or to vape, a proven stress and tension relief. The Gods do not like happy subjects, their power must be omnipresent and felt although it serves absolutely no purpose of banning tobacco during lockdown. It is pure spite and the ability to enforce ill-advised health strategies in a time of individual isolation. Beside that the Gods are only pushing desperate residents into dark corners and obtaining on the black market what is needed, costing the state over 20 million Rand revenue a day with nothing achieved.

A worrying development during lockdown is the increasing number of cabin-fever cases, people who simply do not know what to do with themselves, their families and kids to stay entertained. Not everybody is in the fortunate position to have access to Netflix and Showmax or have a big garden with amenities to play and keep busy. The hobbies that people usually follow come into focus, and that includes DIY work at home and in the garden, an ideal time to improve, repair and alter our homes, but no, all materials needed for any kind of hobby or DIY are now classified by the Gods as non-essential as hobbies and having a home is again regarded a privilege of the elite and therefore this elite must feel how much spite and hate can be channelled through COVID legislation. Not to mention that the revenue lost for the state as well as jobs that could be saved would add to the benefits of allowing access to tools, material and hobby items.

South Africa is a pioneer in gated community living and estates offer a unique tool to encourage social distancing. But why should jogging inside gated estates or on small holdings not be allowed? While people queueing for social grants and in front of supermarkets still huddle crowded in the thousands, jogging is to be austed as a priority. Why? Because it is regarded a past time of the privileged and those can now again be punished for being who they are without any legal control.

The same applies for walking a the dog. What have those creatures, who became protectors of many done do deserve this? It is cruel on animals to limit them to homes and would normally prompt criminal investigations, but under COVID legislation, reason and conformity with existing legal principles and values are finally out of the window so crime can bloom in favour of those making the rules now.

Goddess Sisulu, in her ever-absent wisdom, has declared towards the press that she is worried about the Western Cape, which has restarted distributing food to pupils at (closed) schools. There is a vast number of children, which were fed daily at school and who are now going without food as parents cannot provide. Goddess Sisulu has enough food in her fridge, hence she could not care less…especially if it just children starving in the DA-led province. Recent pictures from St. Helena Bay show impressing discipline amongst kids queueing in distance of more than a meter of each other, nothing we can report from any other group of people queueing anywhere else for food, grants or medical supplies!

In an act of sheer non-conformance with existing COVID-19 lockdown regulations, the sale of cooked and prepared foods in warm, cold or even frozen state has been disallowed. While God Patel thinks this has always been clear, the regulations are very clear on the fact that he is wrong and the step is just a further move to deny the more affluent part of society any convenience without any benefit for the cause.

The list is endless and it is to fear that the list will go on as the Gods continue to wreak havoc with families and businesses, oblivious to necessity and focussed on what they are used to do best: under the cover of the Coronavirus forcing their ill-concocted propaganda, ancient believes and controversial morality down the throats of those who – for the time being under lockdown – cannot defend themselves: US!